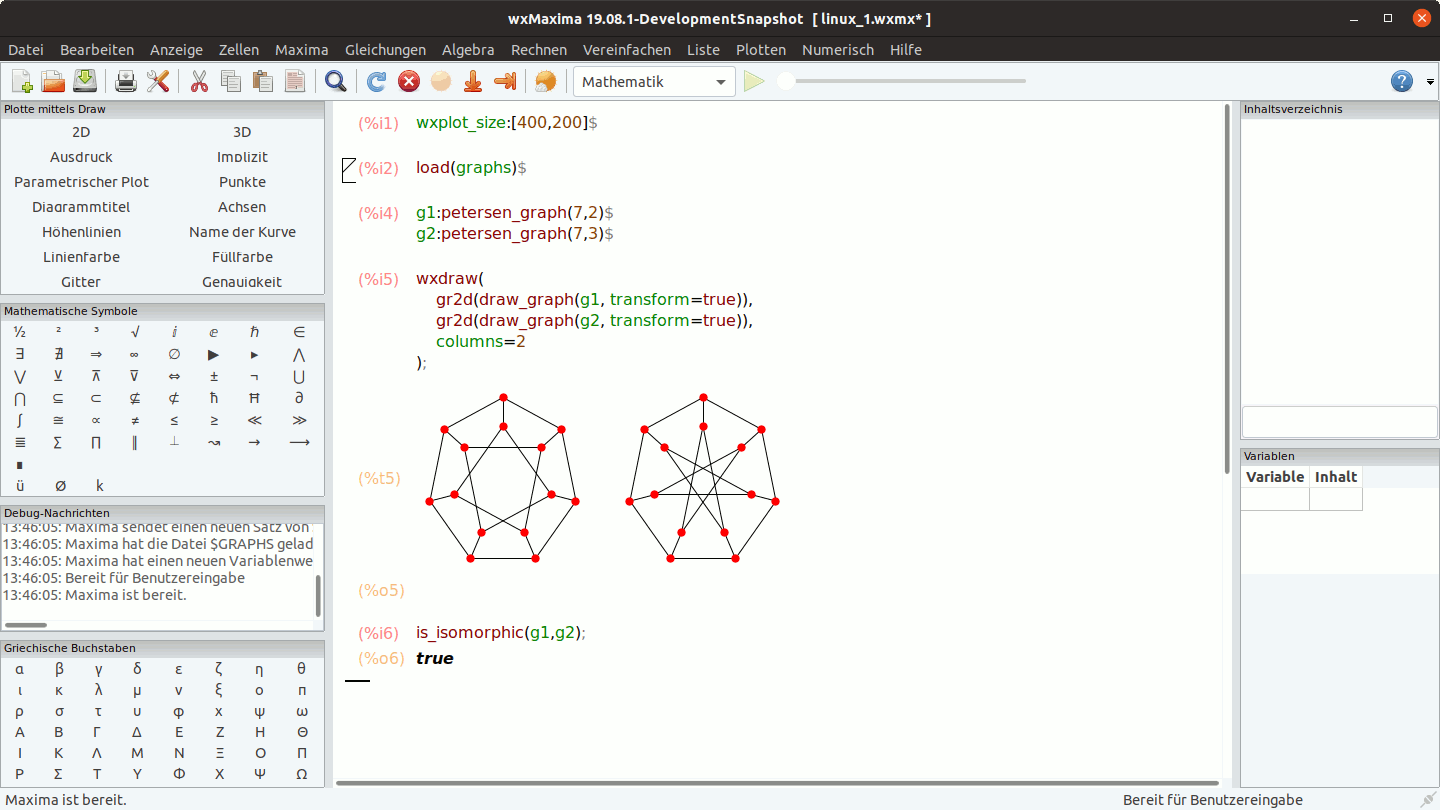 wxMaxima is a graphical user interface for the computer algebra system Maxima: a program that solves mathematical problems by manipulating equations (and outputting the resulting formula), instead of just calculating a number. wxMaxima eases the use of Maxima by making most of its commands available through a menu system and by providing input dialogs for commands that require more than one argument. It also implements its own display engine that outputs mathematical symbols directly instead of depicting them with ASCII characters. wxMaxima also features 2D and 3D inline plots, simple animations, mixing of text and mathematical calculations to create documents, exporting of input and output to TeX, document structuring and a browser for Maxima's manual including command index and full text searching.