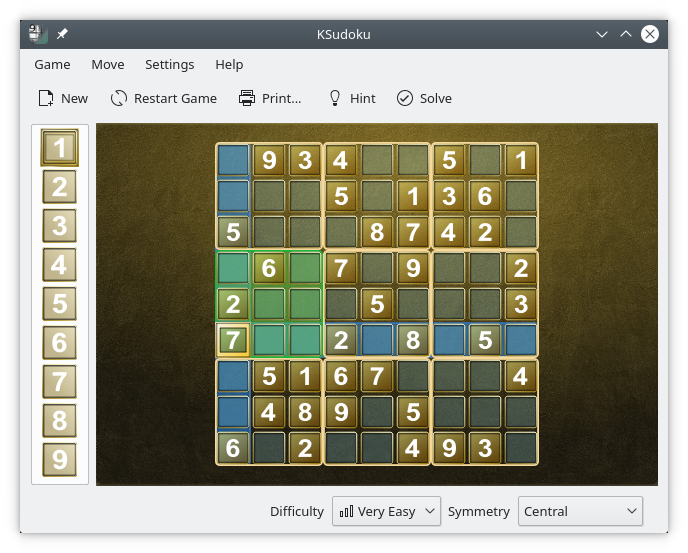 KSudoku is a free version of the popular logic game Sudoku developed by the KDE community. The game is to fill a nine by nine grid with the numbers from one to nine filling the rows, columns and three by three squares without repeating a value on them.