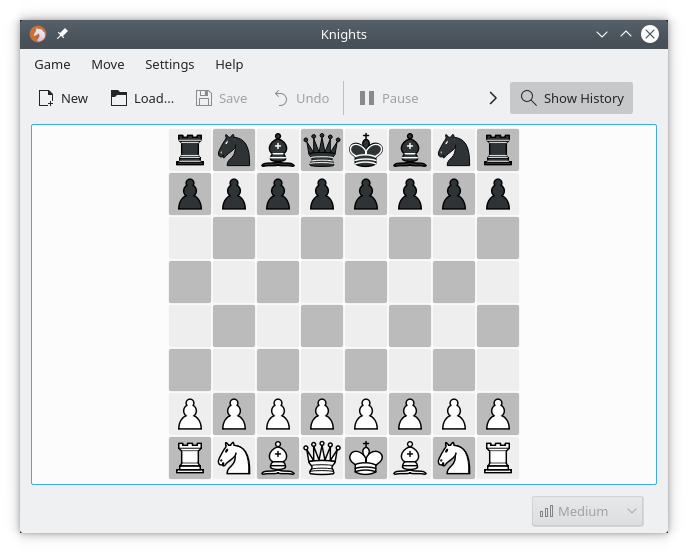 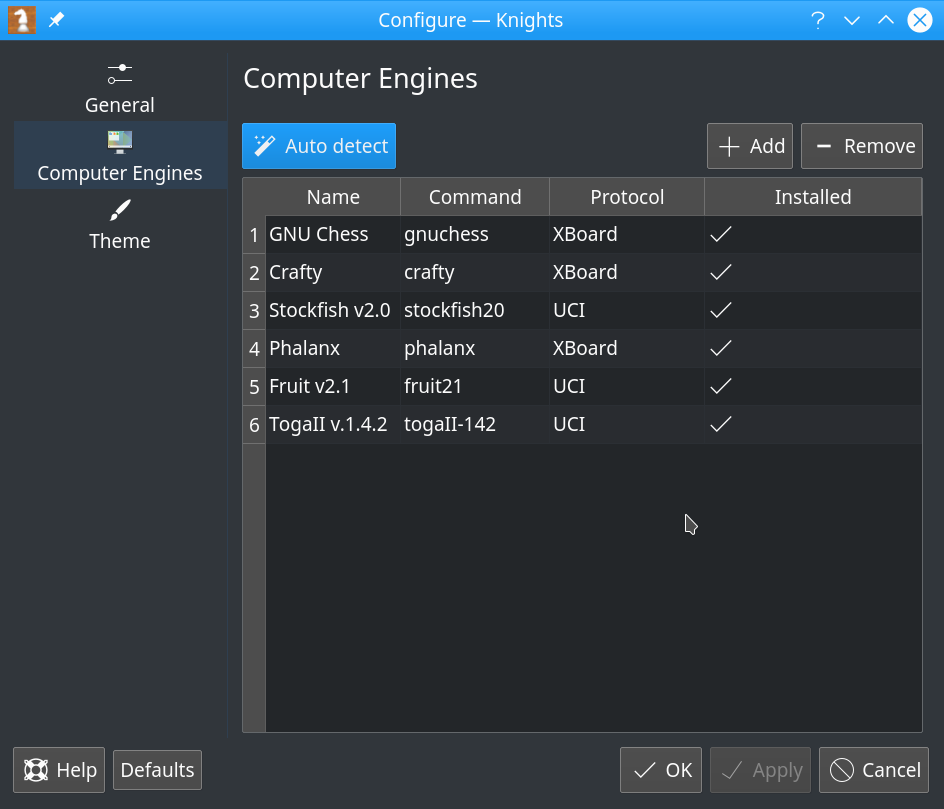 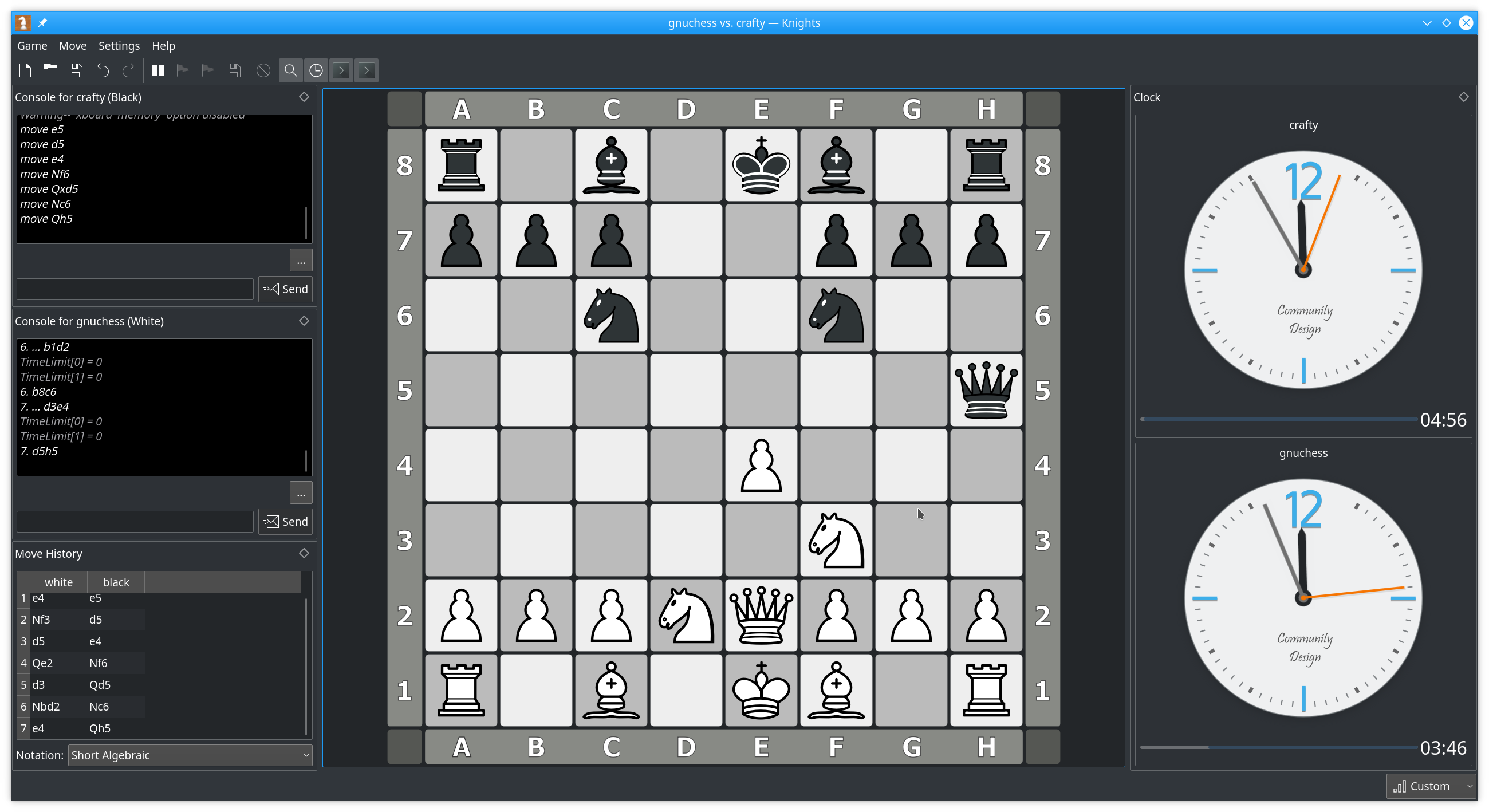 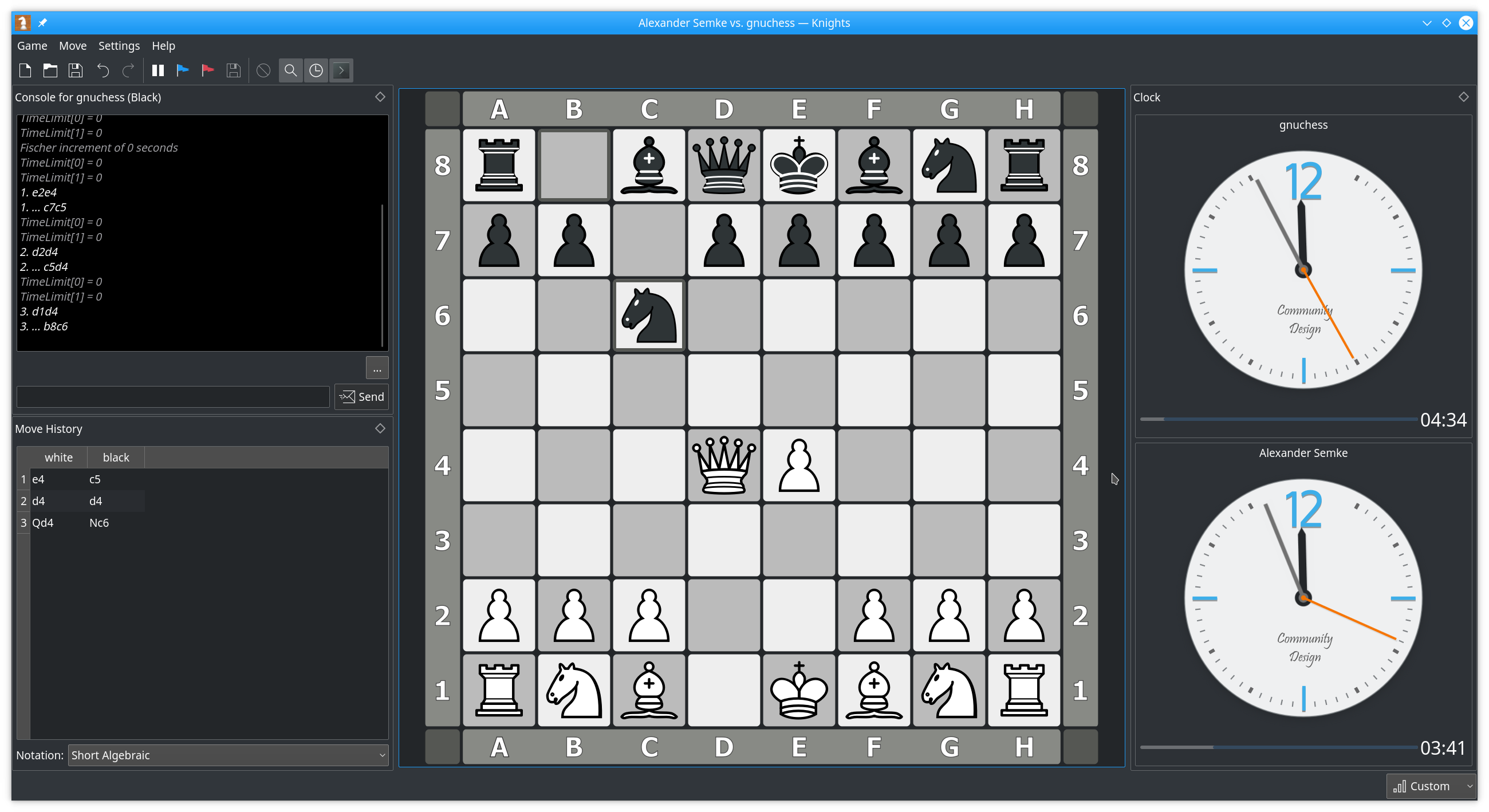 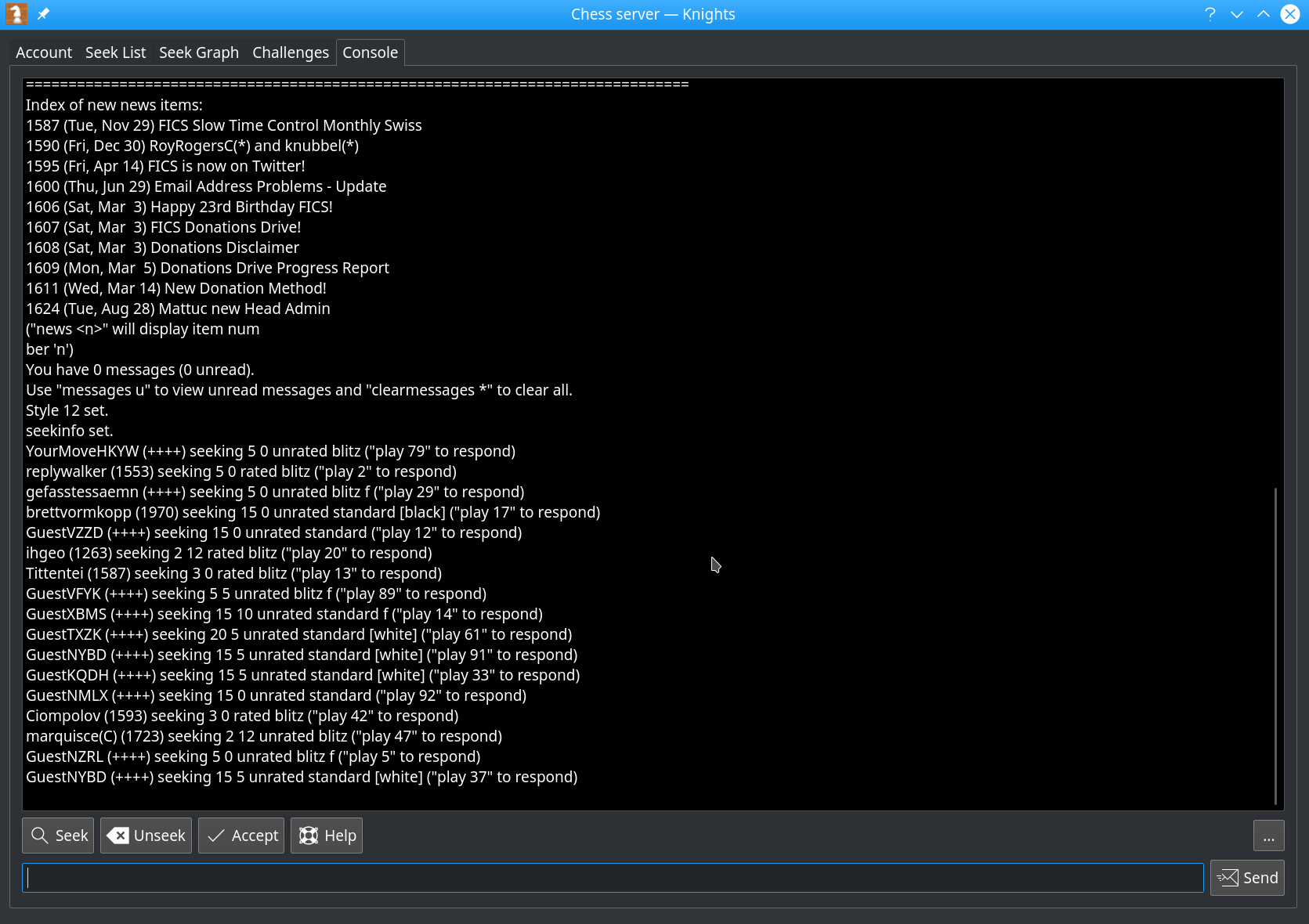 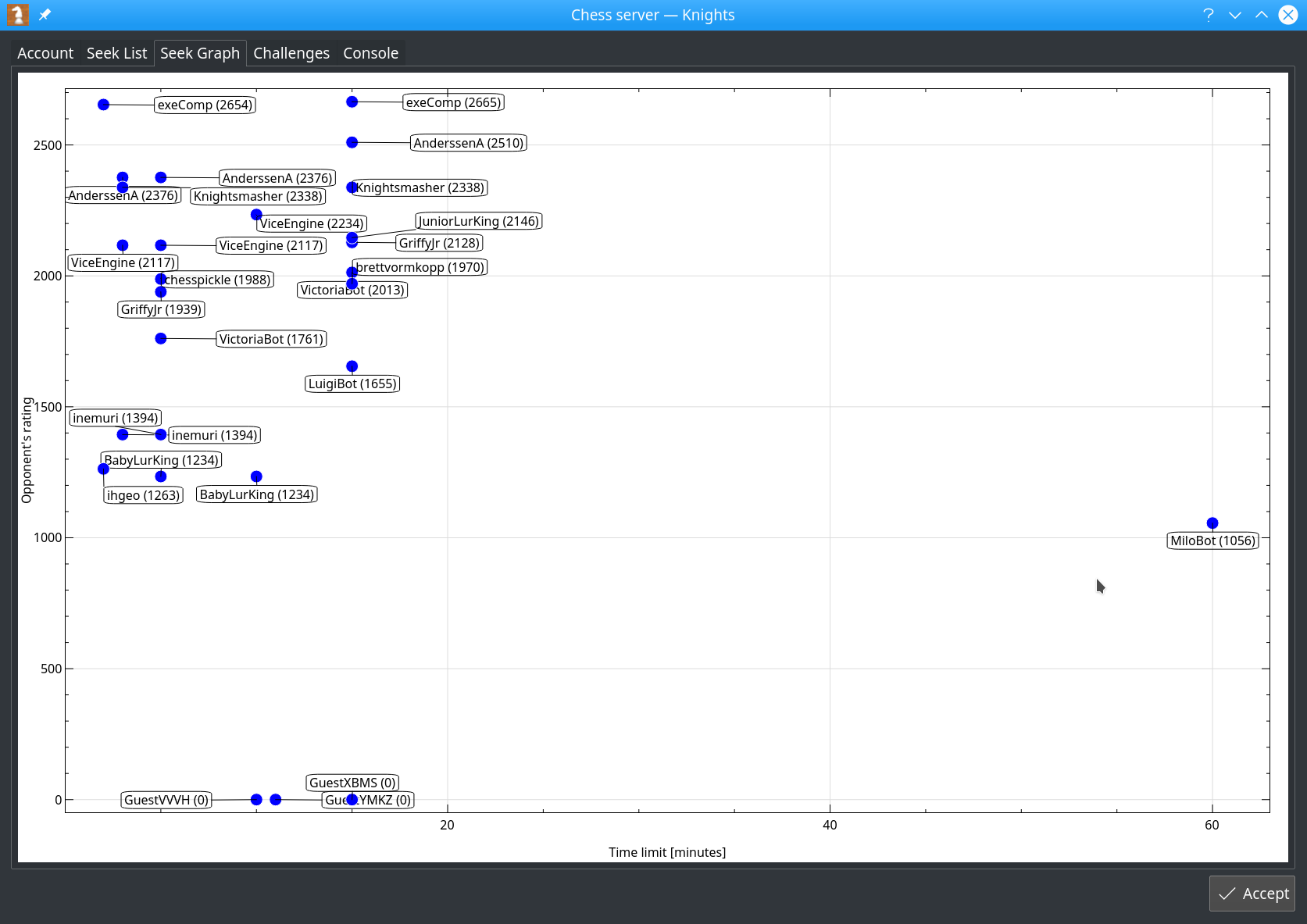 KNights is a chess game. As a player, your goal is to defeat your opponent by checkmating their king. Features: • Local play between two players on the same computer • Play against any computer program that supports the XBoard protocol • Play on the Free Internet Chess Server (FICS) • Watching two computer engines play against each other • Support for legal move checking • Markers for possible moves, opponent’s last move and sources of check • Board borders and site notations • Complete time control, with Plasma-styled clocks • Several themes, with the possibility of downloading new ones from within the program • Animated moves (configurable) • Views for playing on a chess server, including a seek graph, text console, and chat widget • Option to undo and redo moves • Graphic interface for making and receiving offers from remote players • Support for the UCI protocol (used by Stockfish, Chessbase, and many others) • Support for saving and loading Portable game notation (PGN) files • Use of Jovie, the KDE text-to-speak program, to speak opponent’s moves • Ability to control the program via a D-Bus interface